The Inclusive Sacramental Church of Christ 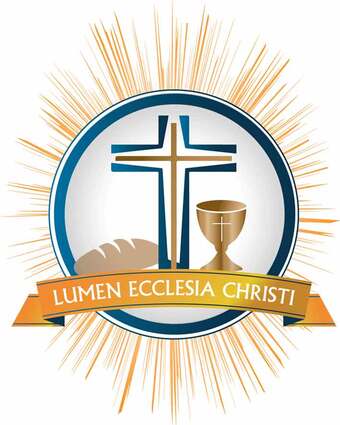 What is The Inclusive Sacramental Church of Christ?

The Nature of The Liberal Catholic Movement

The Inclusive Sacramental Church of Christ is a living part of the Body of Christ with a distinctive presentation appropriate to the twenty-first century and beyond. It is autonomous and independent of the See of Rome and of any other see or authority outside its own administration: a college of bishops and regionary bishops, led by the Presiding Bishop. Being neither Roman Catholic, or Protestant in the usual sense, it holds a unique ecumenical spirit. It calls itself Liberal Catholic, because while its outlook is liberal (see below for explanation), it retains the hallmarks of catholicity in being universal, historical and traditional. It is therefore not a new sect. It combines the catholic form of liturgical worship and a deep mystical awareness of the reality of sacramental grace, with the widest measure of intellectual liberty and respect of the individual conscience.

The Meaning of "Liberal"

Liberal derives from the Latin liber, a free person...Through this, "liberal" has come to mean abundant, non-literal, open-minded and unprejudiced, and this rather succinctly describes the essential attitude of the Church. However, the noun deriving from "liberal" is liberality, not liberty- implying therefore not liberation, as from a yoke, but simply munificence, breadth of mind, and freedom from prejudice. From this concept has arisen the idea of freedom from any imposed or exterior authority, and this is the sense in which "liberal" should be regarded in relation to the Liberal Catholic movement.

The Inclusive Sacramental Church of Christ draws the central inspiration of its work from an earnest faith in the living Christ...of whom St John (VIII,58) speaks: "Before Abraham was, I am". The Liberal Catholic movement accepts in the plain and literal sense the marvelous promise of Christ when on earth: "Lo, I am with you always, even unto the consummation of the age," (St Matthew XXVIII,20).

Another promise he gave: "Where two or three are gathered in my name, there am I in the midst of them" (St Mathew XVIII,20). It regards these promises as validating all Christian worship, of whatever kind, so long as it be earnest and true. But it further holds that while the promise of the presence with individual believers is thus effective, our Lord also appointed certain rites or sacraments, called "mysteries" in the Eastern Church, for the greater helping of His people, to be handed down in His Church as special channels of His Power and Blessing. Through these 'means of grace' He is ever present within His Church, giving to his people the wonderful privilege of fellowship and communion with Him, guiding and protecting them from birth to death.

The Sacraments and the Apostolic Succession

The Inclusive Sacramental Church of Christ recognizes seven fundamental sacraments, which it enumerates as follows: Baptism, Confirmation, Holy Eucharist, Absolution, Holy Unction, Holy Matrimony, Holy Orders. To ensure their efficacy to the worshipper, it guards with the greatest care the administration of all sacramental rites and has preserved an episcopal succession which is acknowledged as valid throughout the whole of those Churches of Christendom which maintain the Apostolic Succession of orders as a tenet of their faith. These sacraments, including ordination, are equally available to men and women.
​
The Feminine Aspect of Divinity

The Liberal Catholic movement recognizes and pays deep homage to the maternal aspect of divinity, the mother-nature of God. The latter is looked upon as all-pervading, unfathomable, divine mystery. It brings forth and nourishes all created life. Its highest expression is the World Mother as represented by the Holy Lady Mary whose tender care for all women and children and for all who suffer supplements the divine ministry of Our Lord Christ. This divine principle is shown forth on earth in the sanctity of life and the mystery of birth and by the sacrifice and love of human motherhood which call forth our deepest reverence and respect.

Besides perpetuating the sacramental rites, Christ's immediate followers gave forth to his Church a body of teachings and certain principles of ethics. Much of this original teaching of the Christ has no doubt been lost; some of it has been obscured by the accretions of the ages. What remains is a priceless heritage, to be guarded with loving care and reverence.

The Inclusive Sacramental Church of Christ movement regards the holy scriptures, the creeds and the traditions of the church as the means by which the teachings of the Christ have been handed down to his followers. It does not invest them with an idea of literal infallibility - nor in view of their contents and their historical career does it see how any other church can logically do so. It deduces from them certain principles of belief and conduct, which it regards as fundamental, true and, while not exhaustive, sufficient as a basis of right understanding and right conduct.

In the formulation of this body of teachings and ethics The Liberal Catholic movement takes what in some respects is a distinctive position among the churches of Christendom. The Christian church has always contained within itself different schools of thought. The medieval schoolmen who systematized theology in the Western church followed the method of Aristotle; but the earliest among the Church Fathers of philosophic bent were Platonists, and the Liberal Catholic movement, while not undervaluing the clarity and precision of the scholastic theory, has much in common with the Platonic and Neo-Platonic schools of Christian tradition. It holds that a theology can justify itself and be of permanent value only in so far as it partakes of the character of total divine wisdom. That is to say, that while certain of its higher teachings remain within the category of revelation, because they are far beyond our grasp and attainment, others less remote are capable of re-verification, and even of development, by those who have unfolded within themselves the necessary spiritual faculties.

Unity of All Religions

The Inclusive Sacramental Church of Christ movement believes that there is a body of doctrine and mystical experience common to all the great religions of the world and which cannot be claimed as the exclusive possession of any. Moving within the orbit of Christianity and regarding itself as a distinctive Christian church it nevertheless holds that the other great religions of the world are also divinely inspired and that all proceed from a common source, though different religions stress different aspects of the various teachings and some aspects may even temporarily be ignored. These teachings, as facts in nature, rest on their own intrinsic merit. They form that true catholic faith which is catholic because it is the statement of universal principles. Well did St Augustine say: "The identical thing that we now call the Christian religion existed among the ancients and has not been lacking from the beginning of the human race until the coming of Christ in the flesh, from which moment on the true religion, which already existed, began to be called Christian." (Retract I.XIII,3). And the same principle was in reality involved in the well-known declaration of St Vincent of Lerins: "That let us hold which everywhere, always and by all has been believed: for this is truly and rightly catholic." The Liberal Catholic movement, therefore, does not seek to convert people from one religion to another, rather we welcome people to join us and journey with us without having to convert.

"A truth does not become a truth unless you believe it for yourself." This is our position. Welcome to our home and hopefully yours too!